Heirloom vegetables seem to be becoming a popular item at the market as witnessed by the growing number of shoppers at the tables of Rumar Farm.  Marc McKerracher and his wife Ruth Gatzke have been growing vegetables for the fresh market at Ruth’s father’s farm in Ridgeville for many years.  When Ruth’s father decided to retire, the opportunity to take over the 15 acre farm was met with enthusiasm.  Aside from expanding their exotic and heirloom vegetables, they now have 10 acres of stone fruit as well as apples and pears.   “Our focus has always been on exotic and heirloom varieties of common market vegetables” says McKerracher who now plants varieties of eggplant, sweet and hot peppers, summer squash and tomatoes from all over the world.  They are pleased to be back at the Grimsby Farmers’ Market.  According to McKerracher, they have built a loyal following during their time with the market.  “(The market) is as much a social festival for us as well as a great opportunity to reach new customers as we visit with all our new friends” states McKerracher.

They can be reached at Rumar Farms 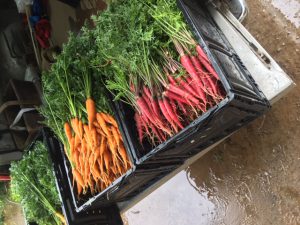 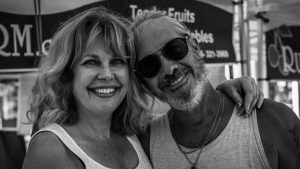